Nadine’s Day out at Parliament

Nadine’s Day out at Parliament

Recently,  I was lucky enough to take a trip to Parliament, where inside I was greeted by one of David Cameron’s 12 assistants and was shown most of the building, and then given a talk with Zack Goldsmith an MP for the Kingston area.
It was very interesting and I have never seen such a big building in my life. It was very beautifully decorated with many paintings dating back to historical ages of Queen Victoria, Napoléon and even Henry VIII. The art was amazing and everything has been kept in pristine condition. The ceilings were covered with creative designs, and we were even allowed into part of the Queens Robe chambers. As half of the room was being refurbished we were only allowed to see one half of the room, however this half was so big with a colourful red carpet and emblems covering the ceilings. 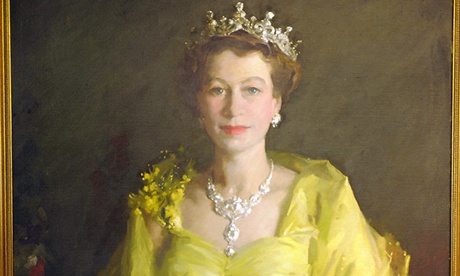 (Painting of Queen in Parliamentary office )
At one stage we went and visited the House of Lords, however we were not allowed to sit down on the big red seats as we were not Lords…. The Houses of Commons was more interesting and we were even allowed to watch a live debate about Apprenticeship wages before rushing to our appointment with Zack Goldsmith.

At 11:30 am MP Goldsmith took us into a very formal room that overlooked the Thames, he gave us a talk on what it is like to be an MP and how frustrating this can be at times. One of his legislations that he was trying to pass through was to give the public a choice to dismiss their MP if they felt that he/she did not keep their promises or abused their status. Unfortunately, 300 MPs vs 166 voted against this, so it was never passed through. He expressed his real concern and his main reason for campaigning to be an MP was over the environment, an issue he feels strongly about.

After finishing our talks he then took us to the Gallery where we were able to view many historical ornaments such as the scarf of Emily Davison who died for Women’s Rights to Vote.

After that we then went to the Supreme Court to view the appeal of an alleged Vietnamese Islamic Extremist who is referred as B2 to protect his identity, he is in the process of having his British Citizenship removed. This was very interesting as it shows the complications of dealing with immigration law. He moved to the UK at the age of 12 and was granted British citizenship, after the crimes occurred Vietnam refused to accept B2 back into their country as he was no longer a citizen of theirs. B2’s appeal case is based on the fact that he has now been made ‘stateless’ which is against the law. I will be very interested to hear the verdict on the case as it could really go either way.

About the Author: Ola Leslie Solicitors