WHAT ARE THE KEY TERMS, CONDITIONS AND CLAUSES IN A SETTLEMENT AGREEMENT?

The below are certain clauses which are regularly, some as provided by statutes, included in a settlement agreement:

The settlement agreement should stipulate the date in which the employment will end. The termination date is often contingent on what notice period the employee is entitled to.

This date could vary form being close to being many months away. In the case of the latter, you will often be asked to sign a first settlement agreement now and a second one at the later time of  termination. However, agreements like this may leave the employee partly short-changed and exposed as he/she would have already compromised and waived rights after the first signing but will not receive benefits under the agreement until the second signing.

The settlement agreement should indicate what notice you are entitled to, including whether you have to work that notice or not; if the employee isn’t working through the full notice, it must be expressed in the agreement that he/she is to be paid in lieu in such regard. In other words, there should be an indication as to whether the agreement would involve a termination on notice or payment on notice

Most times, the employee is paid in lieu of notice Typically, a Payment in lieu of notice will show the full notice in one amassed amount long with the balance of any other due notice, subject to relevant tax and insurance deductions.

The settlement agreement must illustrate that the first £30,000 of any payments made in respect of the termination of employee will be void of tax. This is inclusive of any redundancy payment to be made

Given the fact that some elements of the aforementioned payments can be paid tax free, a tax indemnity is always given by the employee. Once this is given, the employee becomes responsible for the payment of any tax deductions as determined and regulated by Her Majesty’s Revenue and Customs (HMRC)

The clause comes in a two-way street. While this clause prevents and serves as a restriction to the employee from making any derogatory, reputation-damaging statement about the employer/company to any third party, it is also serves as an undertaking for the employer to ensure that disparaging and complimentary remarks are not made by other employees, officials or executives of the employer against the departing employee

This is a mechanism often employed by employers of labour to keep and protect trade secrets from rival companies and prevent exiting employees form using company-exclusive intellectual property information to boost a competitor or give them an advantage.

This clause is usually reiterated in the settlement agreement after being early included in the employment contract of the employee at the point of employment.

There are scenarios where the employee may, either self-induced or as solicited, attempt to negotiate that he/she be released from the non-complete or that the extent of the non-compete be lessened where; either to get a shorter period of time in which the clause would persist for, narrow the geographical or jurisdictional scope or the number of companies such clause is extended to may be reduced. This majorly depends on the strength of the employee’s claims and rights.

A departing employee, under normal circumstances, is not obligated to divulge and discuss future job offers with his/her employer. Situations may however arise where a settlement agreement may necessitate the employee to expressly state that no job offer has already been made or has been accepted during the period in which the settlement agreement is drawn up and executed. This approach is contingent on the basis that, given that an employee’s future loss of earnings form the major claim to damages that he/she may have towards potential litigation proceedings, the existence of a new job offer could adversely affect and derail the employer’s agreed settlement compensation payable

As such, the legal adviser contracted in this case must advise that where such new job offer exists, the employee should endeavour to create an opportunity to amend or negotiate this clause to prevent a negative effect or both the settlement agreement (causing an actionable breach of the agreement) and the new job offer 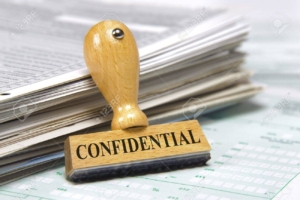 “The terms and conditions of this Agreement are absolutely confidential between the parties and shall not be disclosed to anyone else, except as shall be necessary to effectuate its terms. Any disclosure in violation of this section shall be deemed a material breach of this Agreement”

it is however important that such clause may be made not to extend to the departing employee’s legal adviser or immediate family. The employee should also be allowed to let prospective employers about the general circumstances of the termination of erstwhile employments or other organisation to whom the employee may be obligated to disclose generally to, to which effect the phrase “except as shall be necessary to effectuate its terms…” relates to.

A settlement agreement can include a promise by an employer to provide an agreed job reference about you as part of the settlement terms in which the form and wordings of the clause may be also be specifically agreed to. It is important to note that an employer has no legal obligation whatsoever to provide a job reference to an employee. As such, an employee is to ensure that an agreed job reference is provided for in the settlement agreement and attached to same. Such clause may often state that no oral reference may be given in a less favourable manner later in the future where such warranting situations may occur.

In most cases, employees often tend to lean towards merely providing a simple abridged bur factual detail about the employee’s employment information and job title. Where this occurs, the employee on the advice of the legal adviser may seek to elicit more positive details and personal reference which would dwell on the employee’s achievements during his time employed.

RETURNING THE PROPERTY OF THE EMPLOYER

The departing employee is obligated to return any property of the employer still held by such employee which is often stipulated in the agreement. The employee would be required to take such steps within a provided time-frame which usually come on or before the provide termination date. It is important that the employee complies with the time-frame and return all the properties held by him/her

“When entering into settlement agreements with your current or former employees, employers typically identify any “live” claims and alleged claims that the employee may have against the company and include a catch-all provision to the effect that, as the employee having had legal advice from his/her legal adviser, the employee has no other claims against the company or its officers, employees or shareholders, arising out of or in connection with his/her employment or its termination or otherwise “

The above quote explains that the employer in this case would want to ensure that the settlement agreement settles all rough edges leading up to the termination of employment and as such, provides a clause which prevents the departing employee from bringing known future claims against the employer/organization up to the date of the settlement agreement. Here, the agreement often specifies the claims and complaints that are being waived which could range from breach of contractual obligations, unlawful to discrimination and unfair dismissal; the clause may however not extend to the employee waiving claims towards personal injury which wasn’t known to him/her at the time of signing the agreement

The settlement agreement would also stipulate the amount that the employer would have agreed to pay to cover the legal costs of the professional advice to be gotten by the employee. Generally, employers often agree to pay such fees which, as earlier mentioned, is usually within the range of £250 and £500 plus VAT. The employer’s contribution towards legal fees remains an obligation and is not a legal entitlement or nor a right under statute

A Settlement Agreement should have in its provisions a clause stating that the employee would be paid all salary benefits, accrued but untaken holiday benefits, bonus and outstanding expenses up to and not further than the termination date unless otherwise agreed, with all these n=benefit subject to tax and relevant insurance deductions It is often advisable for the parties to specify the actual number of days owed.

Settlement agreements contain the full terms of settlement and termination as agreed by the parties inclusive of all compensatory payments. The agreement could thus be subjected to a number of breaches ranging from breach of confidence to inadequate or delayed payments of settlement dues among others. With regards to this, the agreement often provides for potential consequences of a breach any of the terms for both of the parties; Where one party has breached the terms of settlement, the other may seek to enforce those terms, in which (where the employee is liable) the employee may have to repay some or all of the payments being made by the employer and also indemnify the employer for future costs and proceedings in seeking to recover such payments where the employer has brought an action seeking for damages for breach of contract claim. However, the repayment with which the employee may be held liable to should not extend to those contractual payments that an employee is entitled to receive

“WITHOUT PREJUDICE AND SUBJECT TO CONTRACT”

“The legal concept of ‘without prejudice’ is based on the principle that it’s helpful for parties to speak freely when trying to come to an agreement. If they know that anything they say in these discussions cannot be used as evidence against them, it allows the parties to be more open”

This clause is subject to negotiation and agreement. Parties may agree to have this provision inserted in the agreement to connote that the terms of the agreement may not be used as evidence for admission of actions or intent against any of the parties in a future litigation or tribunal proceeding.

You can call us on 0207 183 0084 or email us on employment @olaleslie.com for any queries about Settlement or Compromise Agreements . We are always happy to assist and can usually arrange appointments for Independent Legal Advice at short notice