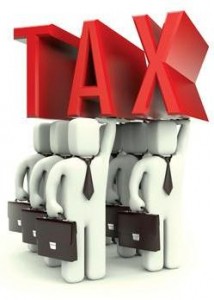 There is currently an investigation being carried out by the government to amend the loopholes in tax laws which have increased the use of various tax avoidance schemes.

HMRC and government officials have been on high alert and have initiated investigations as a result of the establishment of the Finance Bill 2011. There is now a demand for change and this legislation intends to prevent future avoidance schemes from being successful as HMRC can now impose harsh penalties against the advisers who sanction them.

The penalties that can be incurred by property owners who have avoided paying their stamp duty liability within thirty days from the date of completion include interest charged on the tax originally owed and a fine of up to 100% of the stamp duty liability. HMRC can challenge any transaction within 6 years post-completion and claim the sums that are due to them. If they have to litigate against an individual for this, the legal costs would also be extremely high. HMRC would then no doubt subject the property owner to an enhanced level of scrutiny for up to five years thereafter.

Despite these disciplinary actions being enforced, certain companies are still attempting to lure in clients by offering them incentives and indemnification against HMRC’s ‘claw backs.’ However, one should consider that with the speed of which the Government is reacting to such activities, it may be likely that the company encouraging the use of these schemes will soon be out of business and the individual will be solely liable for any costs and penalties. Furthermore, it has been observed that most solicitors permitting avoidance schemes will ask their clients to sign a ‘Confidentiality Clause’ or a similar document. Essentially, this protects the solicitor’s unsuccessful avoidance schemes being exposed to the public. This prevents individuals from discovering the risks involved in such schemes.

Most mortgage lenders prohibit such schemes, and the Solicitors Regulation Authority and the Law Society have warned firms of solicitors against dealing with them for a reason. The refusal of many respectable law firms of employing such schemes reflects the risks involved.

It is strongly advised that buyers dispose of the idea of tax avoidance schemes as ultimately under the new regulations, they are likely to get caught. Furthermore, they will end up having to pay much more than what they would have been initially liable for.

We found out via a stamp duty avoidance scheme company that there are two main types of SDLT avoidance schemes. The first is the ‘sub-sale’ relief and the second involves purchasing an expensive residential property through an offshore company vehicle.

HMRC won the Vardy Group Case in 2012 where it was found that after sub-sale relief claims were made by way of avoiding SDLT liability, £100mil was owed to HMRC.

The Finance Bill 2012 has introduced legislation as of 21st March 2012 that trusts in offshore companies will have a charge placed upon them under inheritance tax. This will be calculated as trust transferred to a UK trust is calculated. It is doubtful that individuals are being warned about this aspect when considering adopting this approach.

An additional SDLT avoidance practice which more people are aware of is paying for fixtures and fittings (chattels) separately in addition to a property’s purchase price thus reducing the purchase price of the property and consequently, reducing the amount of SDLT liability. If HMRC investigate this and find that the fixtures and fittings price is of an inflated value, it can be observed as a fraudulent attempt to avoid tax payments and the implications would be disastrous, as per the case of Orsman v HMRC (2012 UKFTT) where Miss Orsman’s stamp duty liability was increased from £2,500 to £250,800.

The Risks Outweigh the Benefits

It would be advisable for clients to avoid attempting to gain relatively small tax savings through these types of schemes in light of the risks that such an act can now expose one to. Clearly the risks involved would grossly outweigh the very unlikely benefit. Ola Leslie Solicitors are a firm with high integrity and do not deal with such schemes nor do we encourage them.

If you would like further clarification on this matter or if you would like a quotation for purchasing your property, please contact us on 0207 183 0084 or on info@olaleslie.com . We are based on 60 Borough High Street, London Bridge, London, SE1 1XF and act for clients nationwide and worldwide.

The contents of this article are intended for general information purposes only and shall not be deemed to be, or constitute legal advice. We cannot accept responsibility for any loss as a result of acts or omissions taken in respect of this article.

About the Author: Ola Leslie Solicitors