“Prescribed for you when death approaches (any) of you if he leaves wealth (is that he should make) a bequest for the parents and near relatives according to what is acceptable – a duty upon the righteous.” (Surah Al-Baqarah 2:180).

Allah Subhanahu wa Ta’ala (swt) legislated fixed shares of inheritance for deserving heirs in Surah An Nisa (4:11-12) so it was not generally necessary to make a will in a muslim country where Sharia Law was practiced.

In non-muslim countries however, i.e. the UK, the rules of intestacy differ substantially. It is therefore important for one to make an Islamic Will so that when in the unfortunate event of death, it forces the law to execute Islamic sharia as per your will.

Making an Islamic Will can also reduce the chance of a relative contesting it once you have passed away as it would be harder to change the terms of what has already been ordained as per Islam. It is paramount for one to make a will if it is feared that there may be some kind of corruption or dispute amongst the heirs, especially in a non-Muslim country.

The Qur’an Sharif (Noble Qur’an) sets out the shares due to each heir, who inherits and who does not so by having a non-islamic will or no will at all in a non-islamic country, it is going against the will of Allah swt as it is not permitted for any person to transgress the limits set by Allah swt. Allah swt knows best.

“And whoever disobeys Allah and His Messenger and transgresses His limits – He will put him into the fire to abide eternally therein, and he will have a humiliating punishment”. (Surah An Nisa 4:14).

Why should I make an Islamic Will?

On the authority of: Abdullah bin Umar (radiAllahu anhu) Prophet Muhammad (Rasoolullah) ﷺ said, “It is not permissible for any Muslim who has something to will to stay for two nights without having his last will and testament written and kept ready with him.” (Sahih al-Bukhari, al-Wasaayaa 2533). 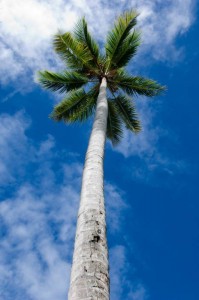 If you die without having left a will your wealth and possessions will be distributed in accordance with English Law. English Law does not apply the same criteria as the rules laid down in Shari’a Law, there is a vast difference. If an estate has to be distributed under the rules of intestacy, not only is it a lengthy process but it is considerably more expensive than if a valid will had been left.

Not only should one make a Sharia compliant will in line with the teachings of Islam, it will also ensure that your wishes are followed and it will avoid any unnecessary family disputes after you have passed away.

It is highly important to appoint legal guardians in your will if you have any children under the age of 18 otherwise the Court will take the decision of who will look after them.

Making a Shari’a compliant will is a quick and simple process and Ola Leslie Solicitors offer competitive and reasonable fixed fees. Please contact us to ask us about the levels of service (in relation to the complexity of your estate) that we have to offer.

Please call us on 0207 183 0084 or email us on wills@olaleslie.com for further insight into our service, details of our fixed fees and to ask us about any queries that you may have; we are always happy to assist.

We are Sharia Will Specialists